I loved Copenhagen. I instantly felt comfortable there and I can’t entirely tell you why. I think there are two possibilities. One, I’m getting super comfortable with travel and I know what to do in new places. Two, Copenhagen is a magical beautiful place full of charm, Danes that speak English better than I do, and a city that’s so easy to navigate. It is probably a bit of both, because the second bit is definitely true. I liked Copenhagen a lot–and will gladly go back in the future. I only had three nights and two days, not very much time to see Copenhagen. I managed to do a lot!

My main reason for visiting was to see the Ny Carlsberg Glyptotek–one of the premiere collections of Greco-Roman sculpture in Europe. It also has a large collection of French and Danish painting from the 19th and 20th centuries. I was there before it opened, ready to go and get Eurotrip 2018 started. It was a great collection, in spite of it being 900 degrees in the galleries with skylights (all of them), I had a great time and it was amazing to be able to see some of these portraits, many of which are the best of their type. 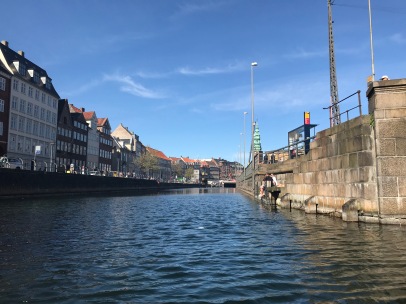 After the museum, I decided to wander. I wandered to Christiansborg Slot, the current Parliament house. On a complete whim, I decided to do a canal cruise–just go full-blown tourist. I’m glad I did–since I was only there for a brief time, I got to see a good portion of the city that I wouldn’t have been able to see otherwise, plus some really super views and photo ops. After the boat trip, I grabbed some food, and walked around the rest of the city. I tried to visit all three of the churches I wanted to, but the each closed super early and I had been happily boat-touring. Copenhagen is such an easy to navigate city, completely flat, easily laid out. I walked for a while just checking it all out. That night, I had dinner at a restaurant that exuded hygge and the server was so nice and congenial. 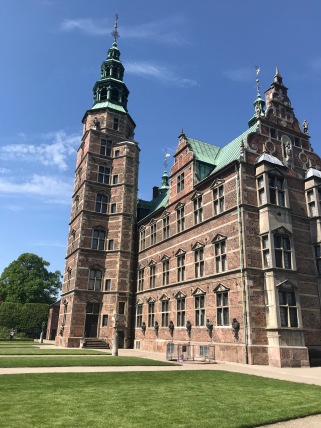 The next day I wanted to go to their National Gallery, Rosenborg Slot, and Tovhallerne; they were all grouped together. The National Gallery was relatively small, with a lot of Danish/Nordic works, and a strong collection of French 19th and 20th century painting. I was super bummed because the European Art from 1300-1800 collection was closed–what can I say, I prefer the older the better!
After finishing up at the National Gallery, I popped over to the Konigs Have (King’s Garden)–the public gardens that surround the Rosenborg Slot or castle. The castle was built by Christian the IV, Denmark’s 17th-century absolute monarch. Now, the castle is primarily a museum that houses the Royal Treasury, including the crown jewels. I almost didn’t go inside–largely because Copenhagen is such a pricey city and I felt like I was bleeding money, but I’m glad I did. It was well worth it. It was a beautiful day to enjoy the gardens too– it had been forecast to rain and thunderstorm, but as you can see from the pics, it was a glorious day.

I then headed to Tovhallerne, a open air produce market and like food hall. It was super crowded and busy (I realized later that this was a very busy weekend to be traveling because all of Europe is on holiday) and it was mildly overwhelming. I kind of wish there had been smaller bites to purchase instead of just full-blown meals (maybe there was, I just didn’t see them) b/c there was a lot I wanted to try, but didn’t want to commit to for an entire meal. I eventually settled on some Vietnamese meatballs with a baguette. Yum! I then walked back to my hostel, taking the scenic route through Olmsted Park, a happy and gorgeous chance.

That wraps up my time in Copenhagen. Early the next morning, I headed out to Berlin!

AKA who is ready to see my awkward selfie-taking skills in action again?

I did not think I’d be having another amazing European adventure this summer. If anything, a hasty last-ditch attempt to revisit things I hadn’t seen in a few years and to see monuments that were covered up the last time when I was there in 2017 and 2015.

But, I’m incredibly lucky, and I get to have another ‘trip of a lifetime.’ I’m so excited and thankful for this opportunity. I have a lot of work to do to get this trip off the ground, but it should be an amazing one…the best one yet, perhaps!?

This trip will allow me to do all that I wanted to do with revisits and monument viewing, but I will also get to see the major collections of ancient art that I have not yet seen. Below I’ve listed my destination list, and the main attraction for my visit.