Glanum, and Saint Rémy, remains the most beautiful place I think I’ve ever been. There were a few monuments I wanted to see, largely the monuments belonging to the Julii family from the late Republic and early Empire.

I was not expecting to be so overcome with the beauty of the archaeological site. Provence was on full spring display–trees were in bloom, the sun was out– so much so I had to visit the pharmacy afterwards and get some medicine for my sunburn.

I wandered the site for a while, almost in a state of complete awe. It was just too beautiful. Continuously occupied since pre-Roman times, the site was abandoned at some point in the third or fourth century. I quickly learned why escargot became a French delicacy…snails were literally everywhere. At one point, it was unavoidable to actually step on them.

It was here at this site that I was just overcome by the combination of all of my favorite things. I was in France! There were arches! It was beautiful outside! There was an archaeological kitty that followed me around! I named her Octavia (the site had two portraits, one of Octavia and one of Livia. Since there’s already a cat important to me named Livia, this one was Octavia. Super friendly and attention seeking. 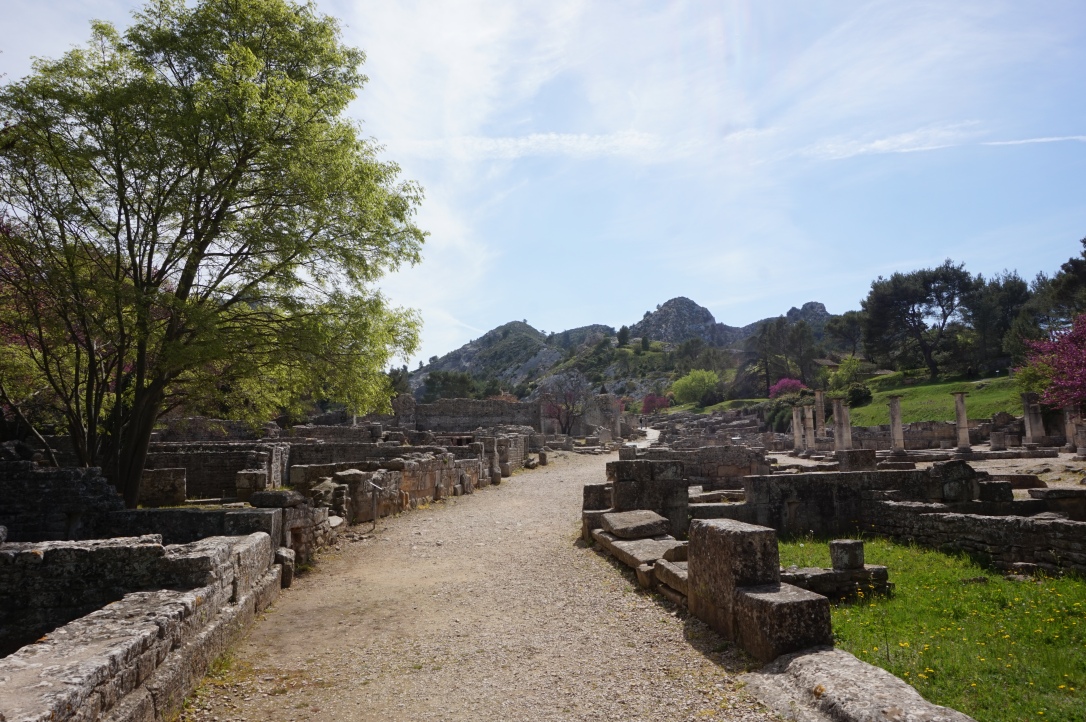