My visit to Orange was the main reason I went to Provence. With the most famous example of an arch monument in France, it’s a must see for my work. Not only does Orange have an outstanding arch, but one of the oldest completely extant theater complexes in the west with a nearly fully preserved scaenae frons. The first few days I was in Provence it was pouring rain, so I wasn’t able to go to Orange until Sunday, and I had to go then, as it was closed on Monday and Tuesday (navigating opening days is the hardest bit about travel in Europe!) Being Sunday, the town itself was very quiet and sleepy, with not many restaurants open in which to prend un verre. 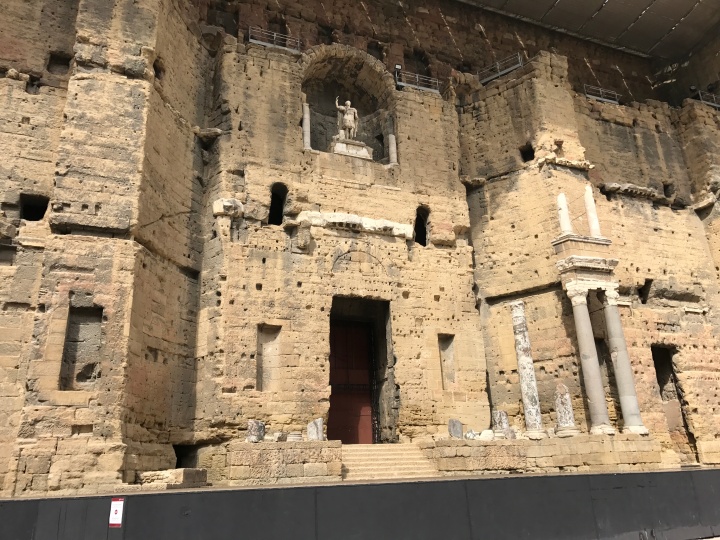 The theater was fantastic–I had it nearly all to myself so it was hard to imagine it teeming with theater-goers centuries ago (and kind of amazing to have it all to myself!) The exterior wall behind the stage front was once called, by one of the King Louis’s, “the greatest wall in France.” 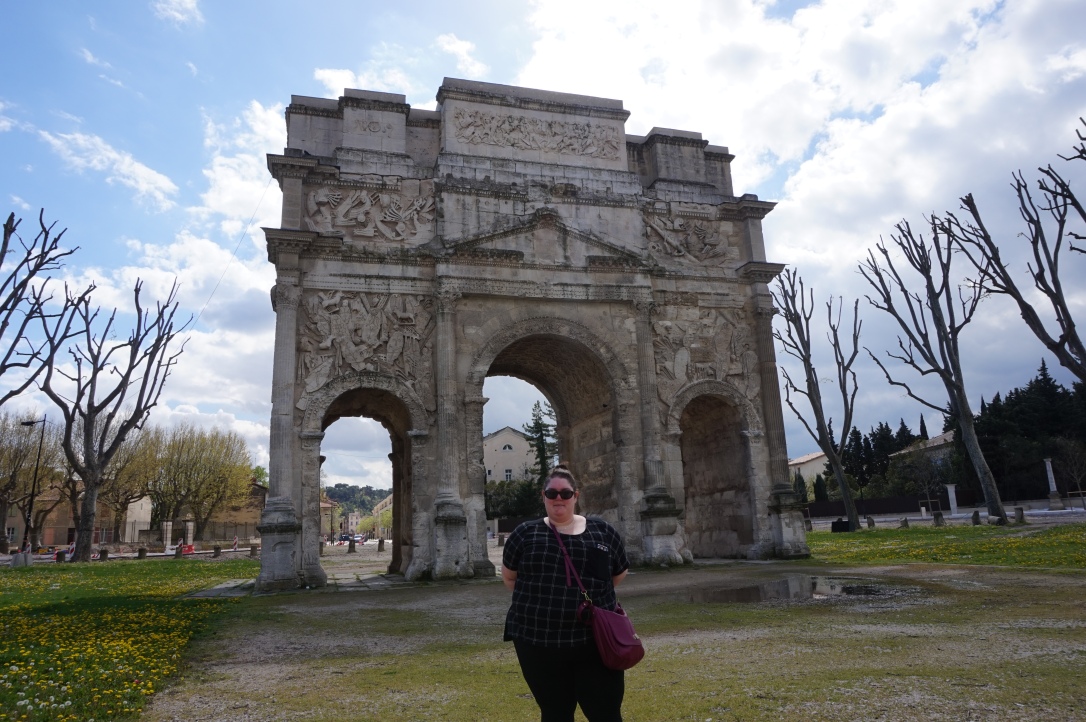 The arch was, in short, amazing. The pictures I took that day are some of my favorites, as the sky was one of those beautiful early-spring days with large fluffy clouds. I was slightly concerned because there was some construction on the roundabout that surrounded the arch, and it was technically fenced off. I decided to consider that fence a suggestion and visit it anyway– and there was a hidden benefit of it being Sunday! There were no workers or construction folks working on the roundabout to get in my way. Or accuse me of trespassing. 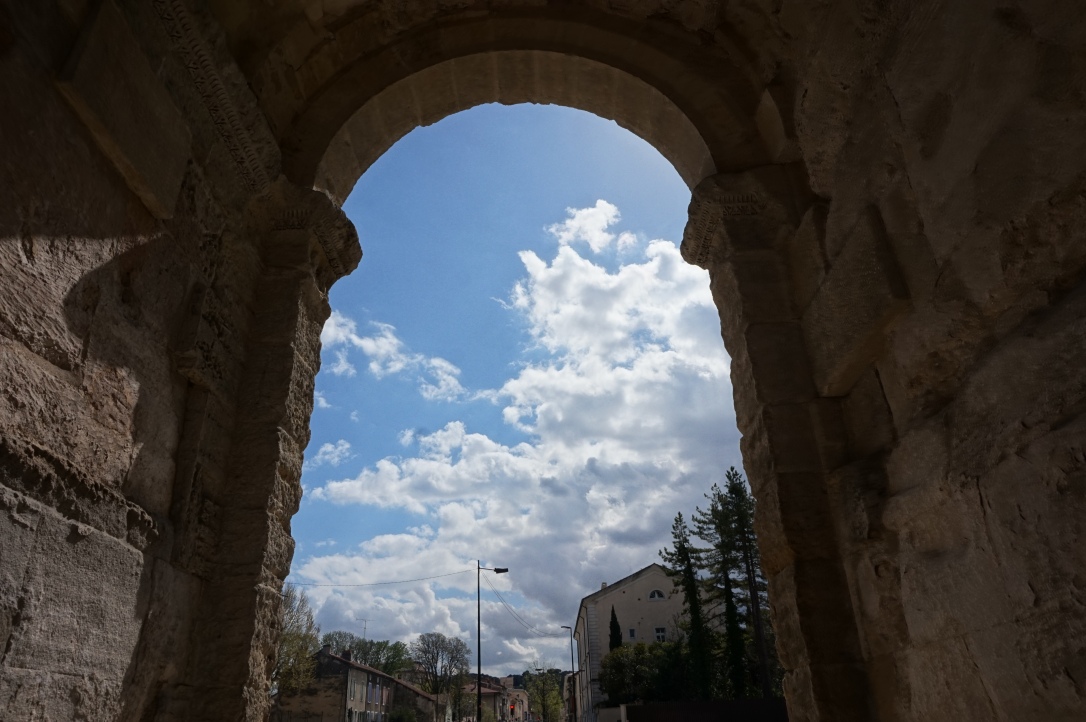 I love love love when I can pass through the arches bays. Sometimes they’re blocked off, which is understandable I suppose, but this trip I was fairly lucky and more arches were open than not. The contrast of the bright and the dark of the passageway are literally one of my favorite views.