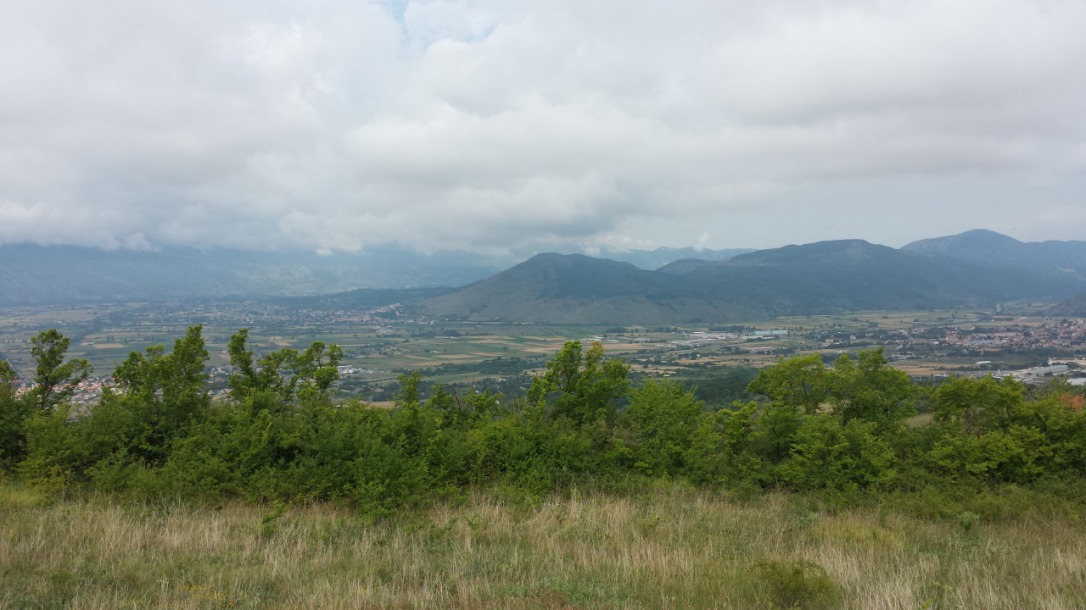 Wednesday is our traditional out-of-Rome-day-trip and today we were off to Alba Fucens a Roman colony that was of some importance in the Republic (and then it made a series of bad decisions in choosing sides in civil conflicts :-X).

Our site visit began by climbing to the highest peak of the settlement where a Temple to Apollo once resided which is now occupied by a 12th century church, S. Pietro, which contains some awesome cosmatesque work and a few figural elements on the interior and some gargoyles on the exterior (which reminded me of some churches in Poitiers that have similar, yet quite different apotropaic figures). The view from this peak was astounding…I know my camera (I left my good one on the bus, shame on me) did not do it justice.

The next stop was the amphitheater dating to the late 30s, early 40s CE where we engaged in some fun reenactments of gladiatorial combat with our rain gear standing in for weapons. Then we proceeded down to the remains of the city itself and played a game of sorts where we had to ascertain the function of a particular space by looking at the remains. A fantastic exercise that reminded me I needed to trust my gut more, and not try and find latrinae in every space because that’s what I wanted to do. (Seriously, my first question was IS THIS A TOILET, when it should have been WHAT DO YOU SEE? But ever since I did that project, I’ve had a soft spot for Roman latrinae and this was my first chance to see one in the wild……and there’s a sentence you never thought you would read).

We explored the site for a bit, ate lunch, then explored the small town of Alba and then got on the bus to go back to Rome. I tried to stay awake to see the scenery on BOTH bus trips and failed both times.

This blog was originally posted here, with pictures!